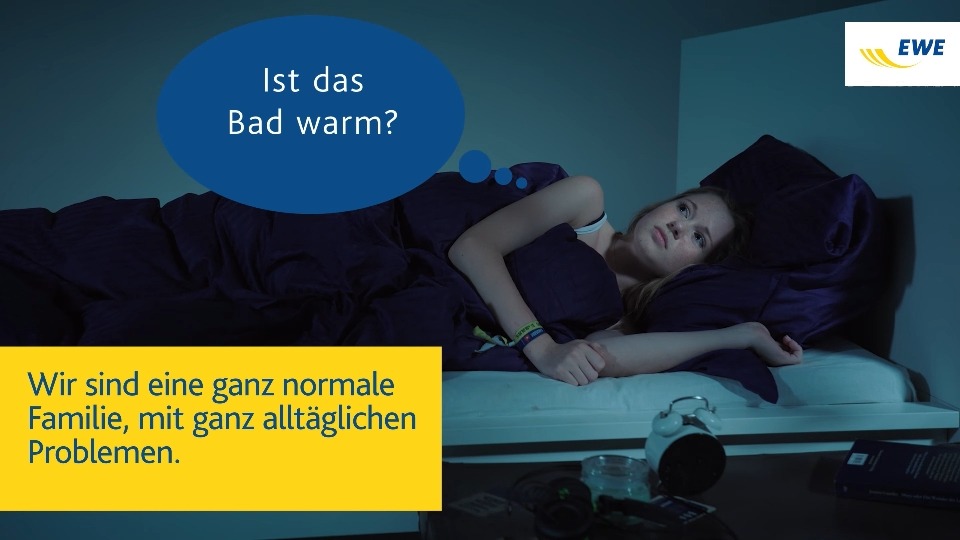 Brief
German utility EWE AG is to launch a new line of smart home products and services. Introduce and explain products and benefits of their use in a cross channel marketing campaign. Visuals are to be used in print advertisements, on billboards and in the EWE shops. Develop a You Tube video for a broad audience, without being an explainer video. Attract diverse peergroups, from millennials to best-agers. The style should reflect the state-of-art attitude of EWE AG and at the same time stay close to the consumer. To be used online, as YouTube video and offline as teaser at point of sales. Short cuts of the clip must be usable for online-advertising. Bring in more clicks than ever before.

Implementation
DAILY BREAD did create parameters for the visuals and did create and produce an internet clip in the form of an entertaining mini-movie with a story unfolding on the rhythm of pulsating filmmusic. ‘EWE smart living’ tells the story of an utterly normal family with utterly normal problems, being solved creatively using EWE smart home automation products. Eye-catchers of the previously developed billboard- and ad banner campaign have been integrated. Keen dog Rufus and raising YouTuber Tabea Willemsen / Misses Tarec, play key roles.